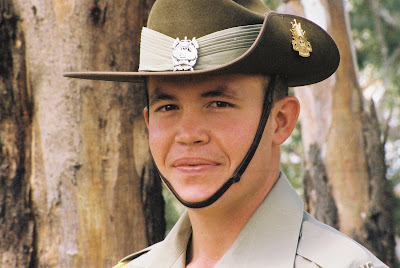 Well tomorrow my first born turns 27!  I can't believe where those years have gone.  He has gone from being a very gorgeous, very cheeky, very mischievious little boy - to being an incredibly intelligent and talented young man. I remember feeling the first twinges of his arrival while watching 'Every Which Way But Loose'  in Townsville and that becoming proper labour at about 11:30 at night.  When he finally arrived at 2:10 the next afternoon he was a very healthy 9lb 1oz and was so alert and incredibly interested in all that was going on around him in the labour ward.  He was actually a bit of a sticky-beak!  He was the easiest of babies.  Slept well, ate well and was generally very, very relaxed.

As a toddler, Adrian introduced many new words to our family.  Something that is too hot has for the last 25 years or so been 'a mit marm', we wear 'bedoongs' on our feet around the house.  The words of 'Twinkle, Twinkle Little Star' went 'up a bird the word so high, like a dimint in dis ky' and had the cutest actions especially when he wore the groucho marks glasses and the beret!  (I wish I had that photo scanned in my computer so I could share it now!)  When he was about five he loved the 'deenaged uh, uh dingered durdles' and went on to love all sorts of other things. 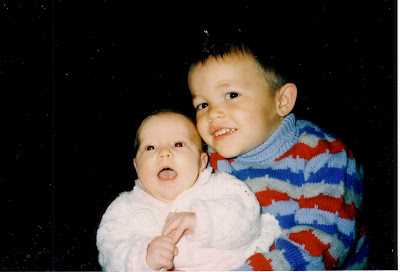 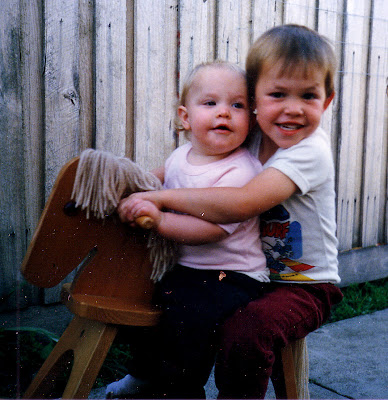 I loved it when Adrian used to follow me through the bush and absolutely soak up all he could about plants and animals.  He was better at plant ID than most adults I knew and I remember very clearly when he was about 6 him explaining the difference between a eucalypt and a wattle to someone and even more tricky when he was about 8, him giving an adult (who was supposedly teaching the group of kids he was with) a lecture about why that plant was a paperbarkand not a bottlebrush....and he was right!  He always has been a very bright fella!

His teenage years were 'interesting' to say the least, and we had many fabulous times along with the normal trials and tribulations.  At this point in his life we discovered his talents as a musician.  He plays the guitar beautifully!  He started to learn to draw and my goodness does he have talent there!  There was still always the fascination with the outdoors - fishing, bushwalking, scouts etc!  He made some fabulous friends at this time in his life and still has them around him.  Says a lot about him that the mates have stayed doesn't it!

Adrian joined the army a few years ago and has served in Iraq and may go to Afghanistan at some point.  Mixed feelings there as a Mum, I really wish there was no need for him to do this but I am so proud that he is willing to step up and do his duty. I look at this young man who is a product of my upbringing and a lot of love and support from some really special people and the pride I feel just wells up.  I watch the way he fathers his children and know that is a role he excels at.  I have watched the way he has looked after his sisters and those he loves and know that he has a good soul and is a man with lots of love to give.  I know that on its own would make one of his heros really proud...oh and he has inherited his ability to give those fabulous bear hugs too....big shoes to fill there my love!! 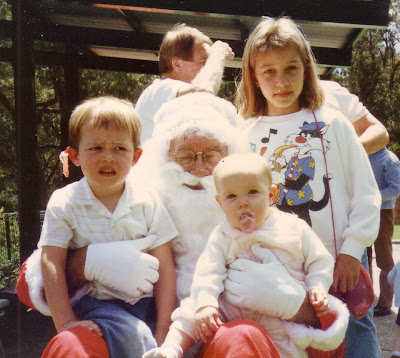 (Note to self!  Scan some of those photos of Adrian when he was little when you get back to Australia!) 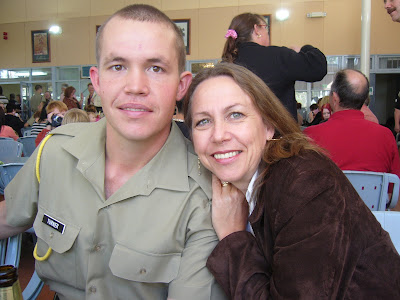 Beautiful Al, a lovely journey and amazing one for a mum. What a remarkable achievement these little ones make through their years! And an honour to walk along by their side.

Happy b'day to you 'boy'

happy birthday Adrian.... what fabulous memories us mums have of our boys.

Dear Ali, congratulations on a fine son you have raised. I shed a tear when i first read this on the 31st, just a little slow in my reply. I hope I will be able to look back like this with my boy. one thing is for sure. I have a great 'mother mentor' in you! love to you and Richard. J xxxxxx
Am i counting down the months till we meet again? Yes!