After our visit to the tower on Monday morning we went back into the old town area of Prague.  The daylight allowed us to get a few more photos.

This stunning building is near the powder tower (see next photos) and was on our way between the train station and the old town square. 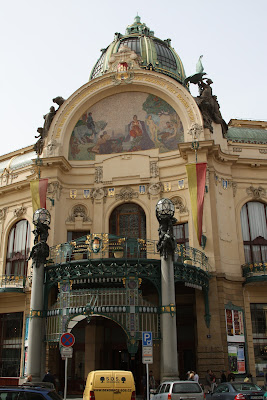 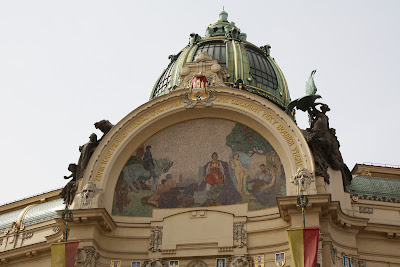 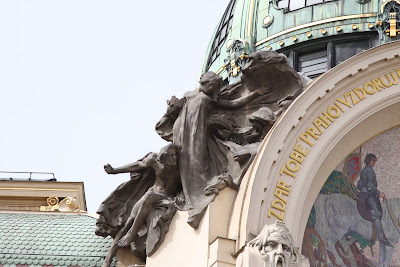 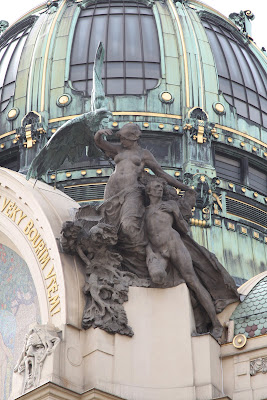 The powder tower.  The detail on this tower is amazing! 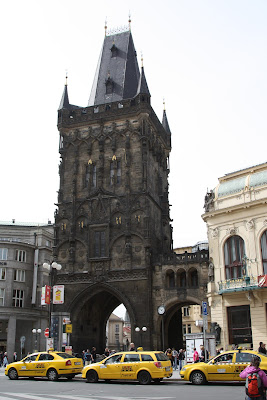 In the old town square there is another tower that has the astronomical clocks on it.  On the hour a trumpeter stands above the clocks at the top of the tower and announces the change to a new hour.  He plays and then gives a wave on each of the four sides of the tower. 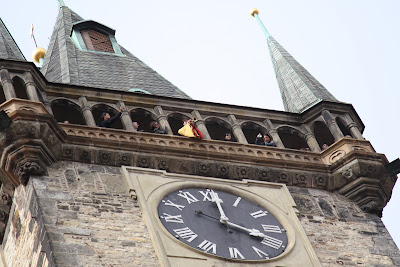 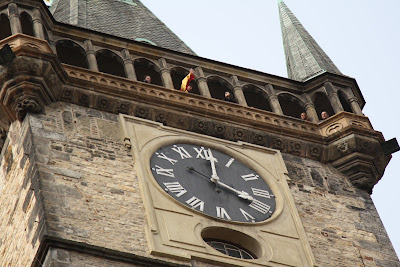 Directly below him this is what the rest of the tower looks like.  Unfortunately, the two astrological clocks were not working when we were there. 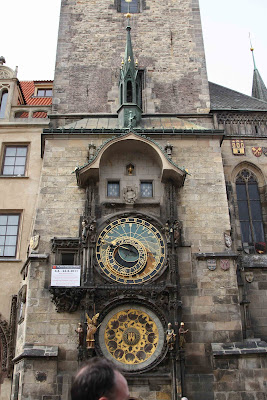 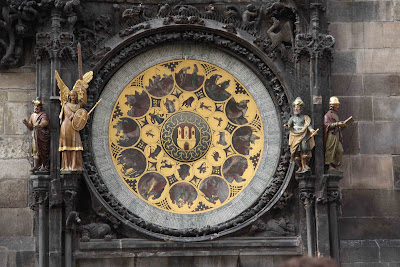 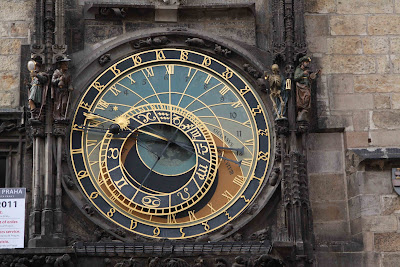 As we wandered around the square we saw all sorts of wonderful crafts, including these two guys.  The first guy was fascinating and so relaxing to watch as he worked the loom. 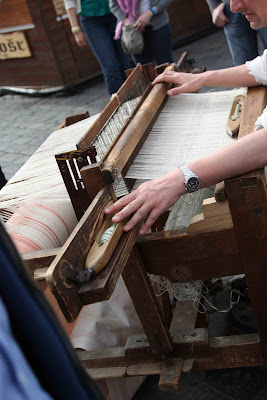 ...and the blacksmith made bells and plaques...all sorts of wonderful stuff... 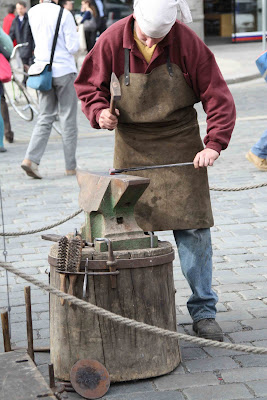 .... and other stalls had row upon row of handpainted eggs for easter 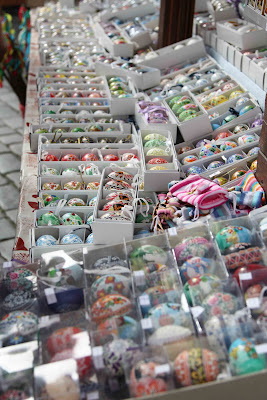 Then there was the food, including the ham roasting on the spit.... 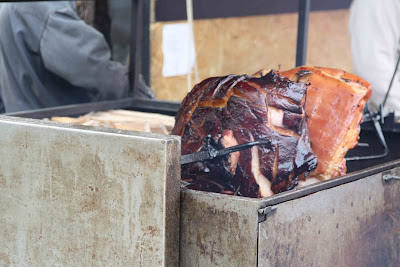 All sorts of wurst sizzling away on bar-be-ques
﻿ 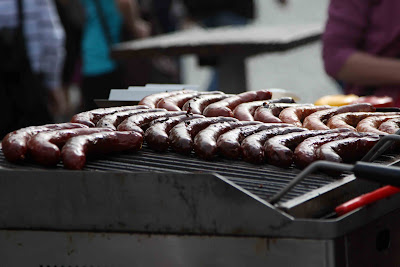 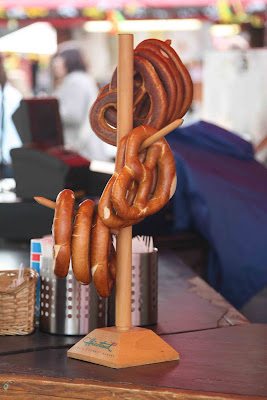 and these things which have a sugary, almondy, caramelly coating and are very similar to the damper we made wrapped around a stick with the scouts....yum!  They are roasted on a rotisserie and smell heavenly as you walk around. 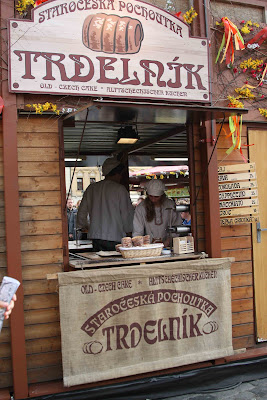 OK so that is basically Monday done!  On Tuesday it was raining so we spent a large part of the the day in a Salvidore Dali Exhibition that was being held in the building with the twin towers (see Prague 1).  It was a brilliant way to spend a rainy day.  I had not seen a lot of Dali's work before and I found it absolutely fascinating.  Richard and I had a long discussion about how interesting it would be to crawl around inside his head.  Some ....well maybe most....of his work is just so out there.  There was a series about hell, purgatory and paradise that was really interesting, as were some sketch type pieces he did based on Don Quixotes.  There were also two paintings, 'Floridali 1' and 'Floridali 2' where he made characters out of flowers, fruits and leavesw.  They all held me captivated for quite some time and made me wish I had done art at school...but then maybe I wouldn't be as enthralled as I am now!

That was basically it for us and Prague.  On Wednesday, yesterday, we drove to Vienna where I am in bed writing this now, but you will need to wait for me to tell you about that..... and today's adventure .....ohh Hundertwasser!!!
Posted by Ali at 11:32 pm

Hi Ali
Your photography is wonderful. I'm not one for history, but I am impressed with the ancient architecture. It's just incredible. Is Hervey having fun too? Jane xx