Day 2 on the road to Spain

Well not a very exciting day folks, just in the car driving through France. I have had MY first drive on the continent and coped well on the motorway and coped with lots of stress even though it was only for a few minutes, in the little town we are staying in tonight. We are in a place called Brive de Guillarde (think the Spelling is right) just south of Limoges. We were on the road by about 10:00 this morning and have not stopped, other than for a quick snack, just motored through the day. We got here about 6:00pm.

We have our trusty GPS for support, although we did discover today that 'Portia' (not sure how to spell it - Ash and Ben christened her that when they borrowed our GPS whilst they were in the UK) is a fake!! Ash and Ben called her Portia because they thought she sounded very posh...mmm. Today as we drove along she called Toulouse TOW-(rhyme with cow)-LOUSE (like the little bugs) and then there was another she mucked up ending in -eaux as whatever it was -WAX. Sorry Ash she failed!!

I thought I might add a few photos from July seeing as though we took none today and I never got around to adding them then!! 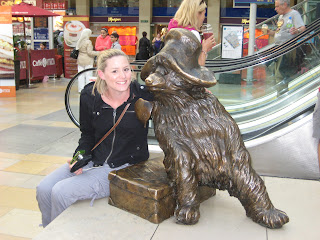 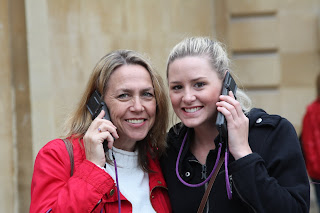 Krissy and I being geeks togather at the Roman Bath 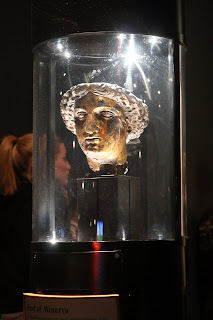 A magnificent bust of a Roman Empress found in the Roman Bath as they have excavated it. 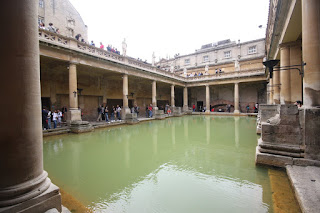 I will try to add more in the next few days. We are about to head out to grab some food!! Bye for now. XXXX
Posted by Ali at 6:11 pm