In my head, I have this as at least a trilogy!  The festival as always was an awesome experience.  It has such a personality and the personality is one of my favourites!  People at the festival talk about the Woodfordian ethos and it is one I wish we could turn into a world ethos.  It is the spirit of treading lightly, caring for others and being relaxed and accepting of others no matter what.  It is a spirit of gentleness and beauty.

I thought I would do this first post about some of the music we saw and heard performed and oh my did we see some performances across the week we were there.  There are lots I did not take any photos of:- Siskin River, Mama Kin, Folk Uke (Woody Guthrie and Willy Nelson's daughters), Nicky Bomba's Bustamento and the list goes on!  The following are some of the artists I managed to get photos of.

Dallas Frasca and her band play some hard driving blues rock.  She had the audience up on their feet to her raunchy vocals.  At one point she bravely crowd surfed to a great deal of cheering in a blow up boat! 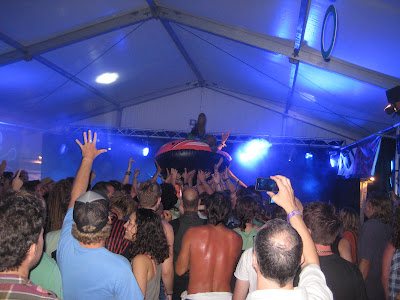 There were a few artists that left absolutely indelible marks on my memory. We saw Shane Howard (ex Goanna) perform several times and he was brilliant.  When he performed Solid Rock it was brilliant and when he sang it in Pitjinjara (not sure about the spelling there!) it made the hairs on the back of my neck stand up! (The other artist who was an absolute highlight, but I have no photo, was Eric Bogle singing 'And the Band Played Waltzing Matilda'.) 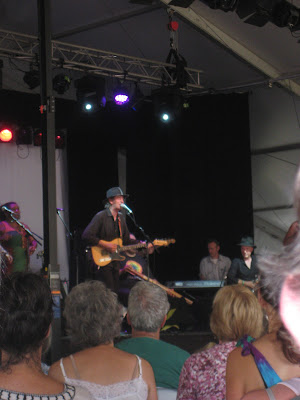 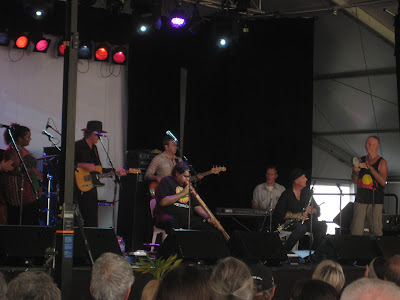 
We saw Darren Percival perform three times.  Once with the mainsteam songs and twice with his Mr Percival act.  I have to say the Mr Percival stuff is my favourite.  He uses a loop machine and all the music is created with his voice....and what a voice....it is brilliant.  One of the awesome things about him was his willingness to share his stage with young artists and his children.  Really speaks volumes of the whole feel of the Festival.  He spoke of his love of Woodford and the audiences there, as the audiences encourage artists to experiment and will join in with the experiment with great enthusiasm. 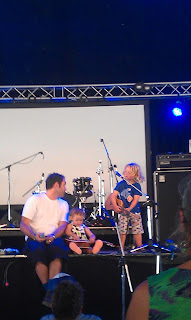 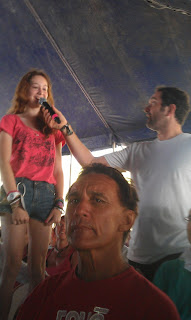 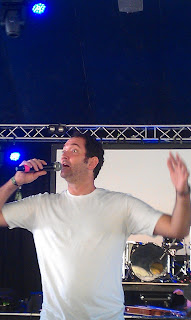 The John Butler Trio were unbelievable!  Again John Butler won me over when he stopped his performance saying 'I have to do something about this' climbed down off the stage into the audience and a few minutes later climbed back up on stage to announce the name of a small child who had been separated from Mum.  He then brought the child on stage and told Mum that his crew would look after the boy until she could get to the back stage area to collect him.  Such a lovely gesture! And to top it all off what a talented man! 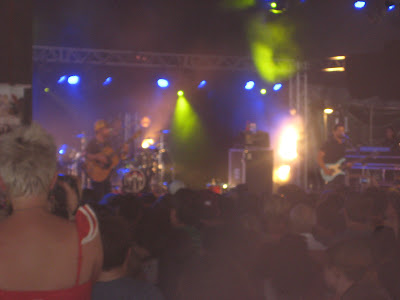 (Sorry pretty crappy photo, but it's hard to take good photos when you are bopping!)

Women In Docs are one of my favourite Woodford acts!  We saw them and fell in love with them a few years ago and their performances this year did not disappoint! More brilliant Aussie talent and to add to their musical skills they are hilarious! 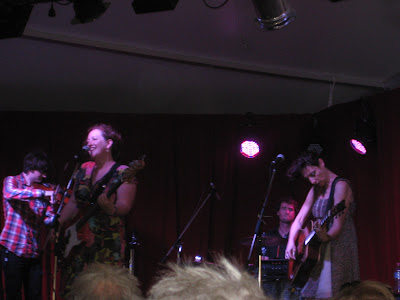 Paul Greene and the Other Colours are also some local talent.  He is such a good song writer and has a brilliant voice. 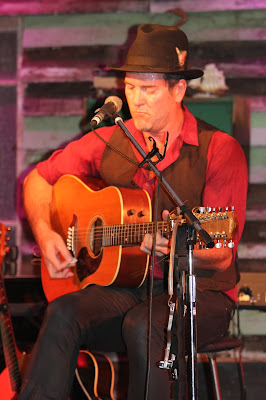 Ngaire is from Papua New Guinea and what a voice this girl has! 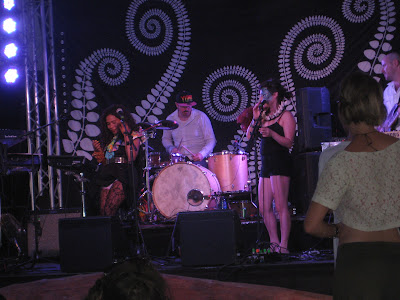 There was so much to see and experience.  I will try to add more soon!  Meanwhile I am trying to keep the spirit of Wordford alive in my soul!
Posted by Ali at 1:45 am

I can hear the excitement in your voice. Great stories you have shared. I will have to go one time! Jx