Part three and the final part has to be about one of the art classes I did while at the Festival.  I did two, but am only really going to cover the first in this post. It was a life drawing class.  I have never done any life drawing before and have to admit I was quite nervous about it all.  The gremlins came out to play in full swing - what if I can't do it?  What if my drawings are rubbish?  I have never done this before and everybody there will think I am hopeless!  Those of you who draw or paint will know the drill!  I am so glad I ignored those little gremlins and went along to the class anyway.

I was the first of thirteen students to arrive at the class and immediately realised how much out of my depth I was about to be.  There were easels!  Oh my, I have only every drawn in my sketch book or on paper and never on an easel! When the others arrived we were given our resources - big sheets of paper A0 (when I am used to drawing on A4 or A5), charcoal (last time I used that I was in primary school), lead pencils (now there's my comfort zone) and later in the class we were to be given a bamboo ink pen and a brush for using with ink - there go those nerves again! Oh and an eraser - not for rubbing out we were told, but for making marks!

Our first exercise was to play with the charcoal - we had willow and a couple of different compressed charcoals - and the pencils - a big thick piece of graphite, 2B and 6B as well as the woodless pencils and the eraser.  We were told to just make marks.  Use the points and the sides of the tools.  To try curves, curls and straight lines.  This is what I produced:- 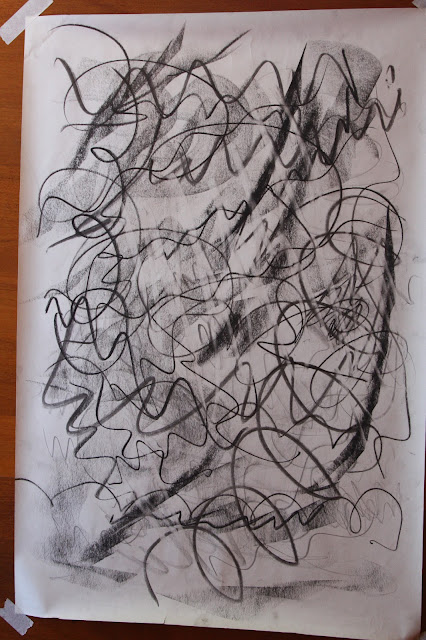 Next came gesture drawings of the model.  She did each post for two to three minutes and we were to use the side of our charcoal or just scribbles - no lines and just get down the idea of the form:- 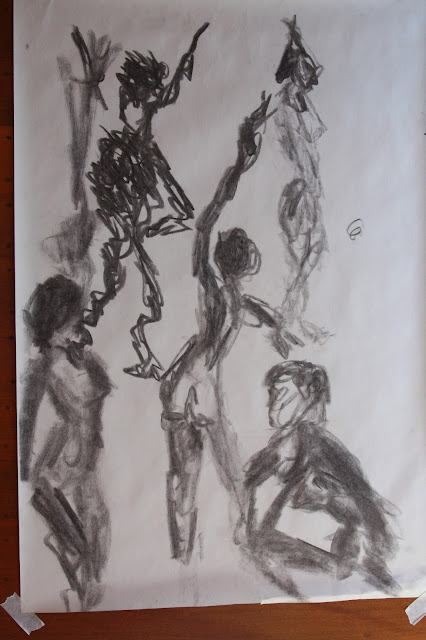 Next were 3 to 5 minute poses.  We were asked to use the end of the compressed charcoal more and to have some line, but not to draw the outline.  Still we were encouraged to use smudges to help with movement and form. By this stage I was really starting to loosen up and think 'Hey I am really enjoying this!'
The orange one was done by the lady on the easel next to me.  We picked up a coloured soft pastel and were asked to move to the next person's work and add just one to their work! 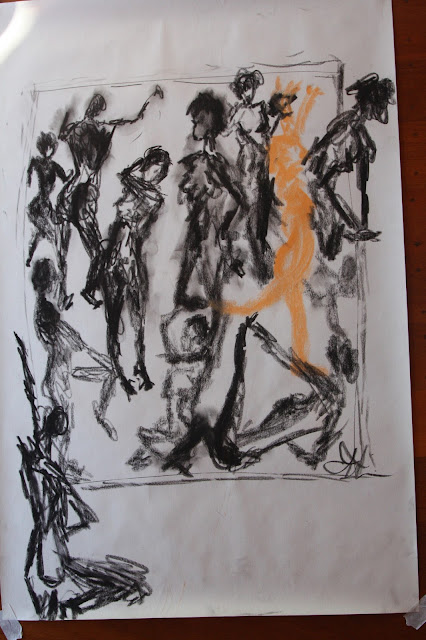 The next group were three 5 to 8 minute poses and were were encouraged to really make them into a composition that worked as a piece of art.  We were told we could use more line to give our drawing definition.  I actually really enjoyed doing this and have to say that I am quite pleased with the result! 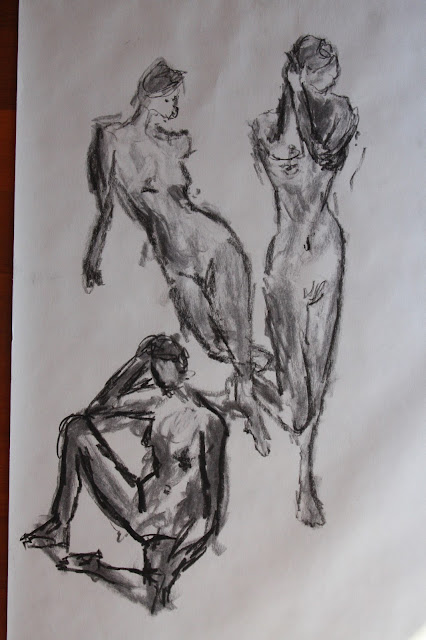 The teacher then brought out some paper she had prepared for us with ink and said we would have longer to draw the next piece.  We would start with 8 minutes and then see how we were going.  We ended up spending 18 minutes and I have to say that I love the result.  I struggled with the arms and legs a bit.  The arms because they were angled away from me so when I drew what I was seeing they looked a bit out of whack.  The legs and feet because I started and then the model had a rest and when she reset she was not in exactly the same position so they weren't quite right!  Even so I love this: 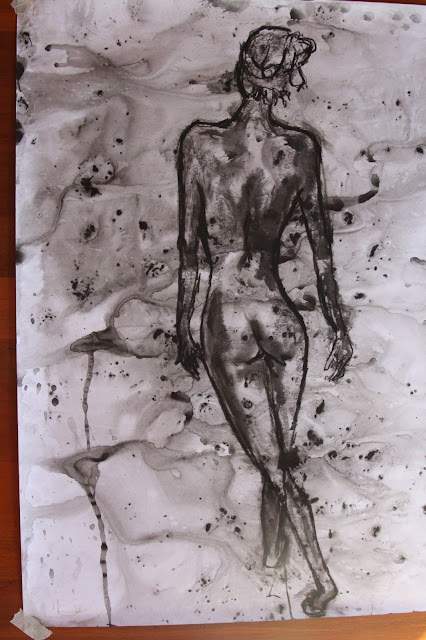 We then went to the graphite and pencil an did some blind contours.  Mine are a bit light so I have not included photos because they are too hard to see.

Our final thing to do was ink.  There go those nerves again......we were asked to do some mark making with the bamboo pen - they are at the bottom and were not very successful for me (is it that I am left handed?) and a brush - enjoyed this more. 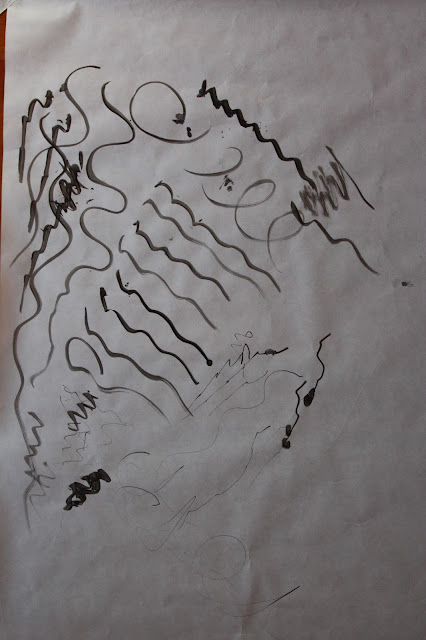 Finally our model did three five minute poses.  I found the ink more difficult, but still am quite pleased with my work as a first time effort. We were asked to try to layer our work: 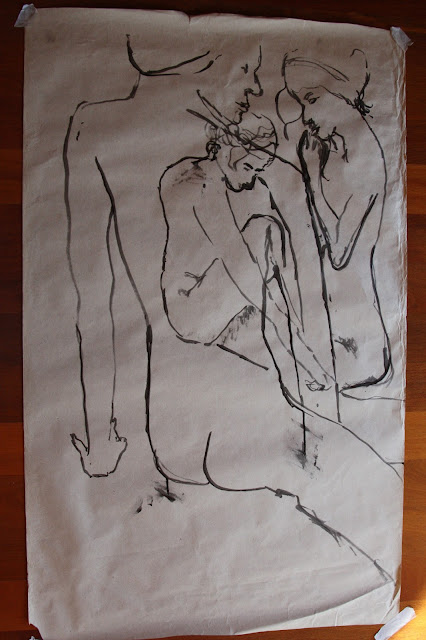 I came out of the class feeling on top of the world!  I had shown those gremlins a thing or two!!  Now to find some life drawing classes locally.....I even went out and bought an easel last weekend!
Posted by Ali at 11:28 am

fantastic effort Ali. I can see your previous experience coming through in your work. brilliant and brave of you to throw yourself into it!! Jx