I guess there were probably three of the event type things at Woodford that were really special for me.  The first was a nightly event on the pond.  It was called 'The Dream of Zedkat Nabu'.  It is quite difficult to describe.  Here is a quote from the program:

'The Dream of Zedkat Nabu is the World Premiere of a new work devised by Lindsay Pollack and performed by four wonderful singers.......and four musicians triggering the calls of endangered animals by striking bamboo poles....... A musical work with strong visuals - beautiful lighting design.....and costume design...... the core of the piece is the sound of the animals themselves - evocative calls of endangered species that speak directly to us in a way that words cannot'

Whilst I cannot bring the sound to you, which was beautiful, my clever husband did take some stunning photos! 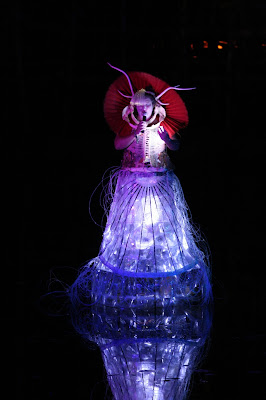 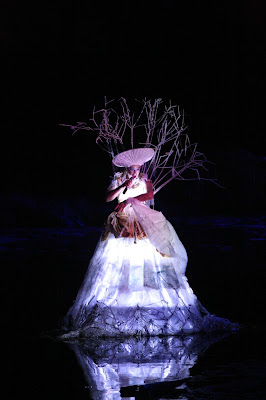 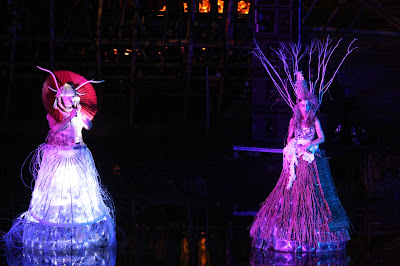 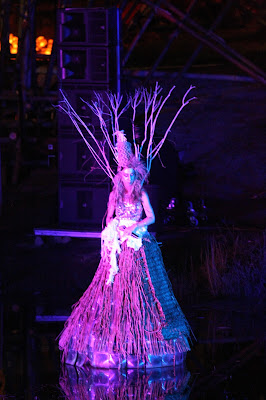 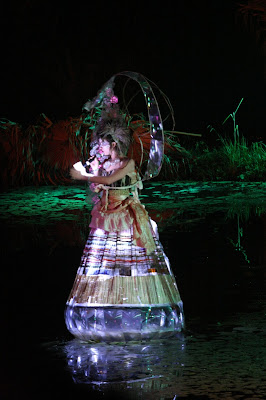 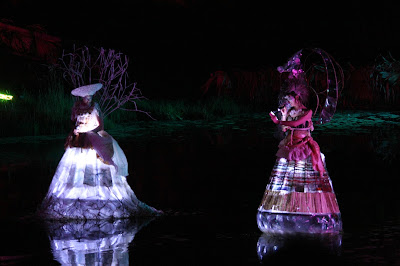 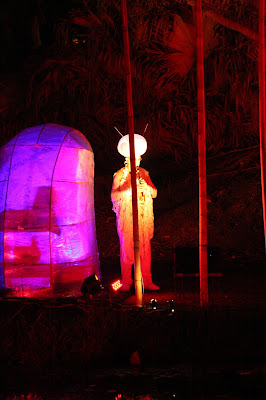 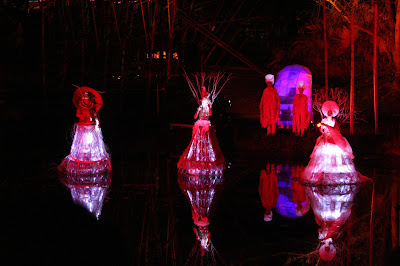 The next really memorable event for us was New Year's Eve.  We decided to spend it in Bill's Bar - and yes Harvey joined us (he actually went to everything we went to!  We had a lovely time sharing a bottle of wine and listening to the music provided by a series of very talented musicians.  We had a comfy seat and a quiet night chatting to some really interesting people...gosh we are getting old!!  At least this year we were awake to see the new year in and welcome it with a kiss!! 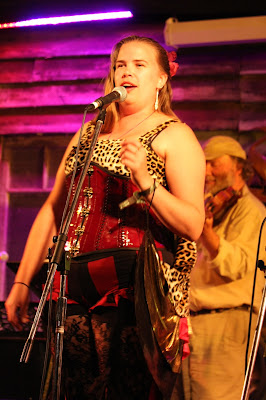 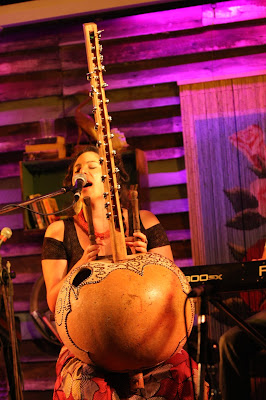 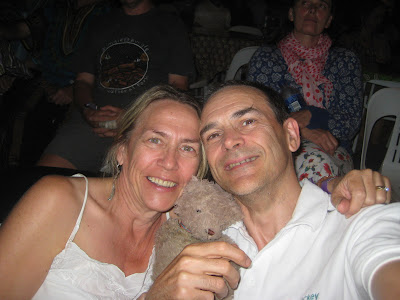 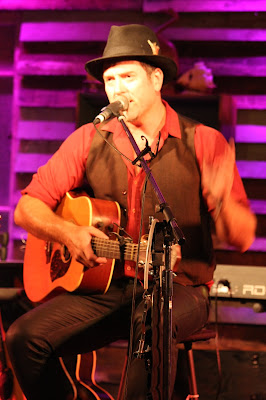 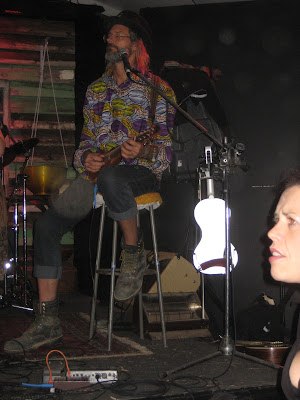 Woodford welcomes the New Year in on the night of Jan 1st with a lantern parade and fire event.  We saw one a few years ago and it was awesome so we decided that it was a must see this year and it didn't disappoint.  Where else would the event be hosted by the swaggy who is a Woodford regular!  He tells stories and recites poems on the streets of Woodford throughout the week and this year was the start and the finish of the event...just wonderful.  Through the week we were invited to the prayer tent to write down a prayer to go onto the ship....you will see what happens in the photos.  I wrote mine on the morning of the first. 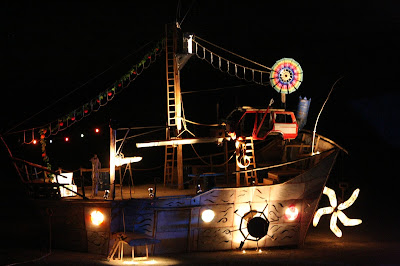 The ship at the start of the night. 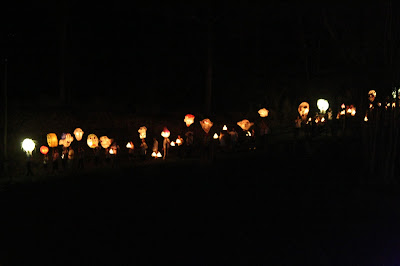 Part of the lantern parade...it really is beautiful.  The lanterns are made by people throughout the festival and they then take part in this event. 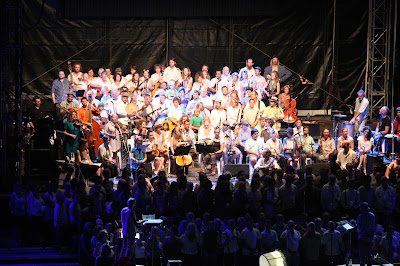 The community orchestra and choir.  Again these people get together on day one of the festival to learn their parts and learn to perform together.  After only one week they sounded amazing! 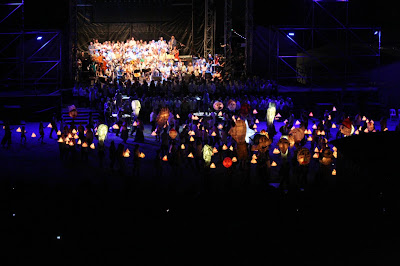 Choir, orchestra and some of the lanterns! 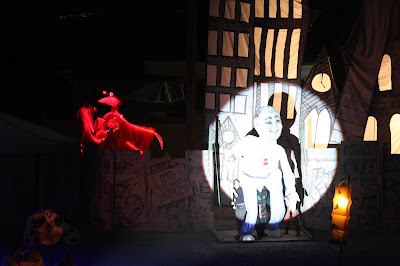 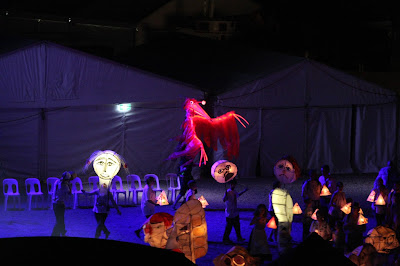 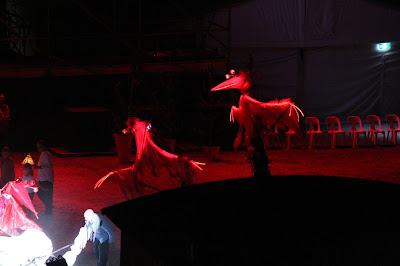 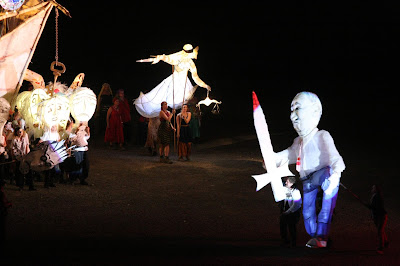 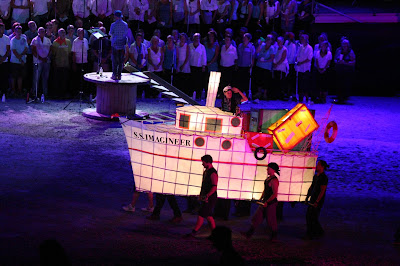 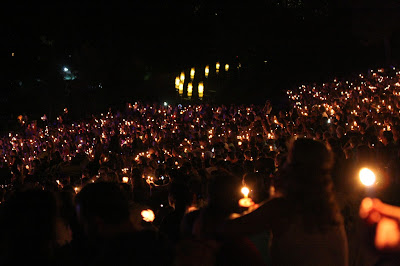 The audience joined in with candles to add a prayer for peace while we sang Leonard Cohen's Hallelujah....it was just beautiful and brought tears to my eyes. 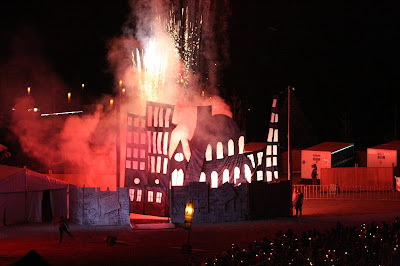 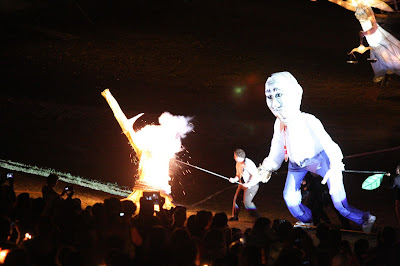 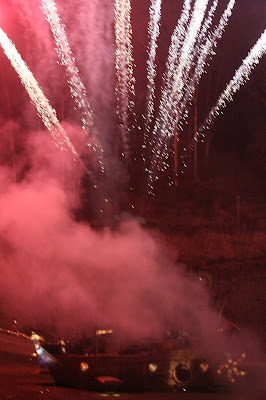 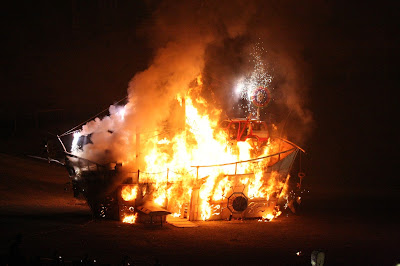 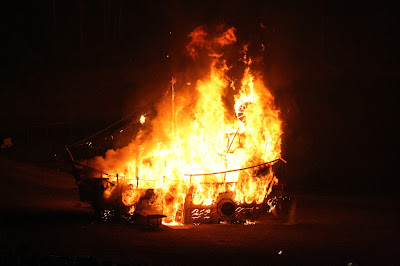 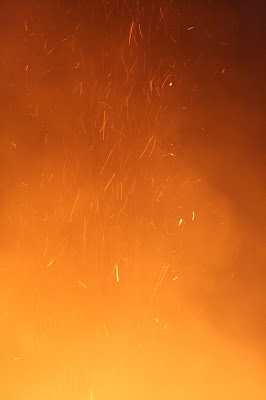 It left me feeling very much at peace for the first time in quite some time!

Wow! You had WAY more fun than we did on NYE!
Gorgeous!

oh, and I hope your prayers are answered precious one. Jx