On Wednesday we had another slow start to the the day so I decided to sit out the front of our apartment and draw the plaque.  I think many of the apartments have names and plaques.  Our's is Minerva.  The plaque is a painted tile...and yes her face does look that masculine! 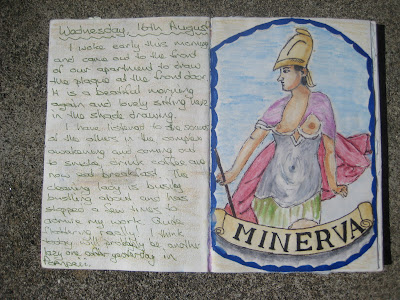 In the late morning we decided to go for a drive to the west of where we are staying.  We drove to the western most point of the peninsula and had a fabulous pizza for lunch. Here are the views from where we sat. 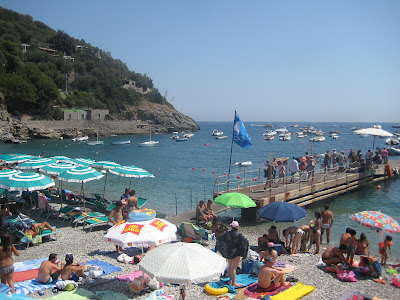 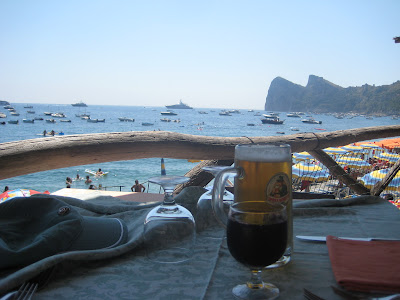 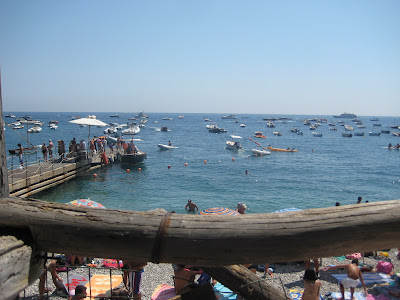 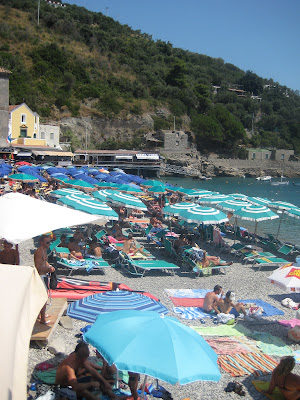 It was a very hot day, but the breezes here were beautiful.  According to our guide book this is an area the people staying on Capri often do day trips to, so that they can have lunch.  While we were there we watched launches pull up to restaurant piers and take boat loads of people to and from the bigger boats anchored further out.  One way to live life I suppose!
The 'beach' didn't look very inviting at all to me.  It's like Brighton beach, all pebbles!  In some photos you can see people laying on just towels - that is the 'public' or free area of the beach.  Here also the umbrellas don't match and are not in neat rows!  Further down there are all the lined up umbrellas with deck chairs underneath.  You pay to go into these areas of the beach and it can be as much as 18 Euros per day per person - that's about $25AU!  Can you imagine trying to take a family to the beach and it costing that?
After lunch we went back to the car park to collect our car.  Here is parking Italian style! 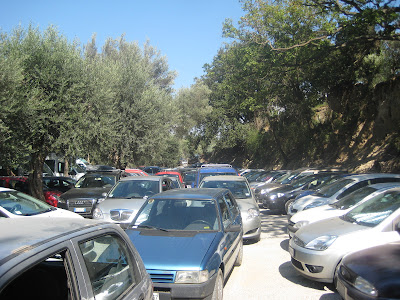 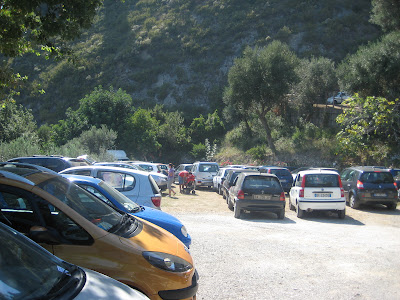 It was like a community car park with a 'valet' service of sorts.  You parked your car and left them with the keys.  Obviously they needed to shuffle to get others out while you were gone.  There didn't seem to be any system as such....just chaos!  It took about 10 minutes for them to find our car when we got back, but all was good and we were on our way again and the fee was relatively cheap!
We decided that we would drive into Sorrento to check out the railway station and parking around there as we were intending to go into Naples (we have now decided not to do that, but more about that in another blog).  Portia took us on one of her 'short cuts' and we ended up down this lane way! There was about an inch to spare on either side and these photos were taken when I could get my arm out the window!  Just before taking the last photo I was going to try to squeeze out to get one of the whole car, but noticed someone zooming along behind us!  Luckily we were near the end of the lane and didn't hold him up for long! 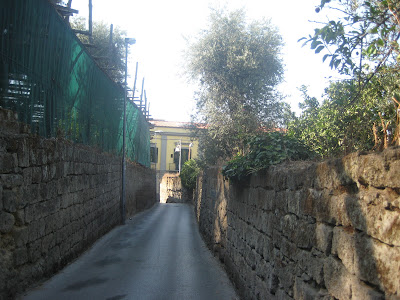 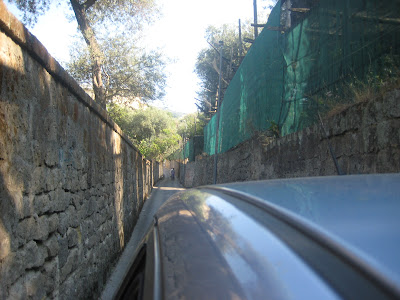 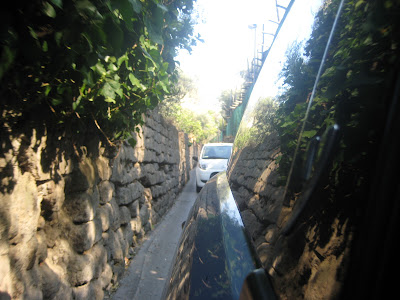 just a tad tight! mind you I can't get over the paying to go to the beach bit! Paying????? I have seen photos of these beaches with the pebbles... you would definately need a deck chair!